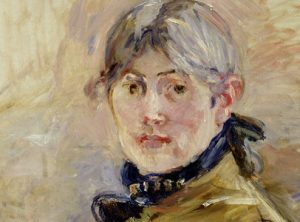 Berthe Morisot (1841–1895), one of the major impressionists, worked alongside Edgar Degas, Édouard Manet, Claude Monet, and Pierre-Auguste Renoir. This exhibition traces the exceptional path of a woman who defied the social norms of her time to join the Parisian avant-garde.

Through her portrayal of the human figure, Morisot explored impressionist themes of modernity: the intimacy of contemporary bourgeois living and family life, the taste for resorts and gardens, the importance of fashion, and women’s domestic work. Deliberately sketch-like and unfinished in appearance, her works are not an unmediated reflection of her daily environment: they address the temporality of representation itself in a careful capture of the world that attempts to “fix something of the passing moment.”