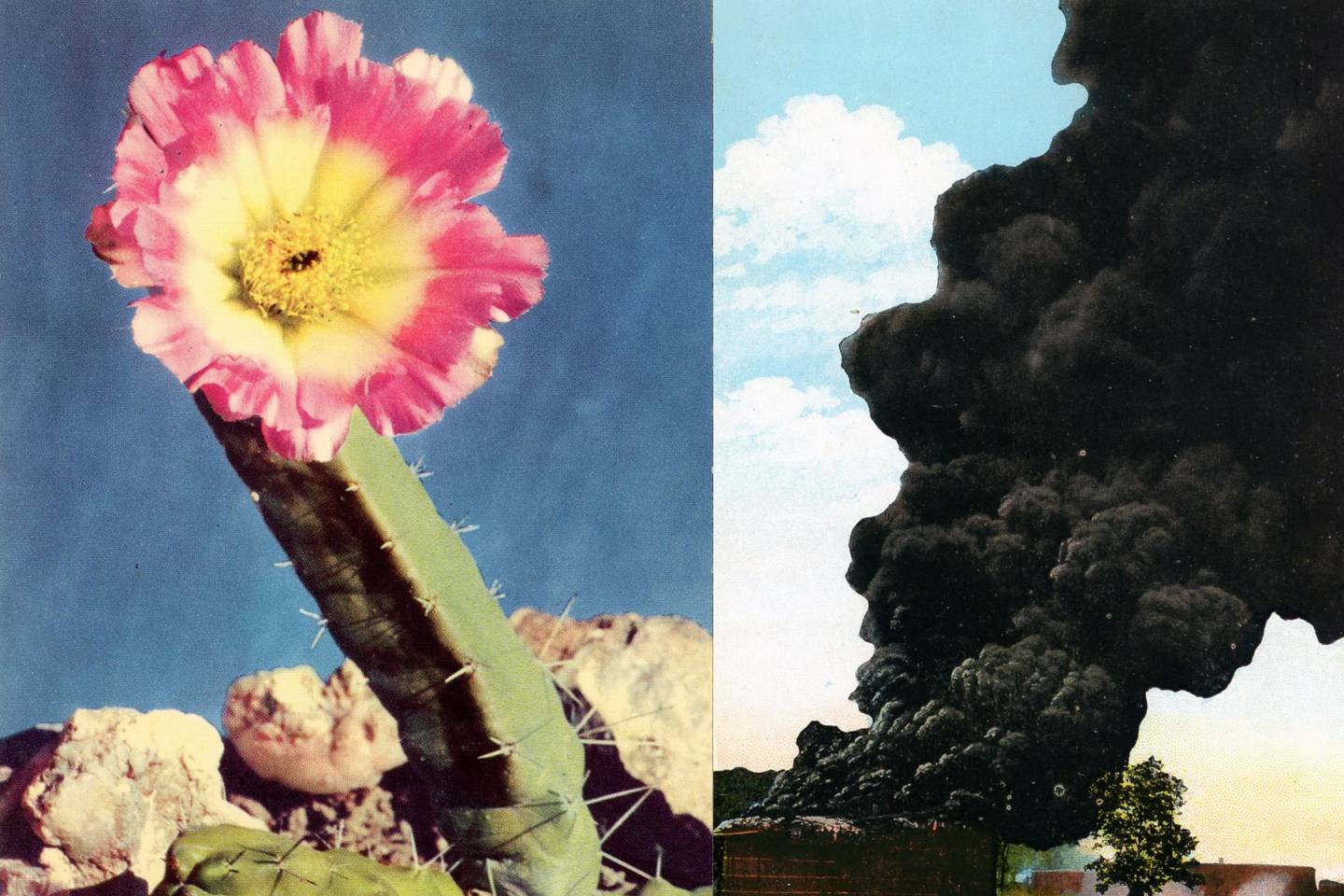 For the exhibition, The Blessings of the Mystery, artists Carolina Caycedo and David de Rozas create a new film and series of installations rooted in West Texas. The project crystallizes the artists’ research into the connections and tensions between the cultural, scientific, industrial, and socio-political forces across locations like the McDonald Observatory in Fort Davis, the Amistad Dam on the Rio Grande, and the Permian Basin oil fields.

The presentation centers around The Teachings of the Hands, a single-channel film that depicts the region’s complex histories of colonization, migration, and ecological precarity from the perspective of Juan Mancias, Chairman of the Carrizo Comecrudo Tribe of Texas. The video-installation combines observational and experimental documentary with oral histories, reenactments, and archival footage. The film’s narrative grows out of the land where both Indigenous and settler knowledge have been historically produced. Weaving together scenes from the present day to 4,000 years in the past, The Teachings of the Hands highlights the environmental memories and cosmologies of these interconnected places across Texas.

The artists’ pull from different materials and sources to expand on the concepts in the film––they create immersive installations of surveying flags and tools, rendered several series of drawings and collages, and included a collection of original watercolors from the 1930s by artists and amateur archaeologists Forrest and Lula Kirkland that depict the ancient rock art of the Lower Pecos. On loan from the Texas Archaeological Research Laboratory at the University of Texas, these rarely seen plein air paintings document the original forms and vibrant colors of murals that were still visible in the 30s, before flooding, erosion, and human interaction damaged or destroyed them.

The Blessings of the Mystery emerges from Caycedo and de Rozas’s multidisciplinary practices, which are centered around environmental justice, encounters between history and memory, and Indigenous rights and cosmologies. For this exhibition and its iterations across Texas, Caycedo and de Rozas investigate the transformation of Somi Se’k* by way of industry, infrastructure, and private property.

*Somi Se’k means the Land of the Sun and is the way the Carrizo Comecrudo Tribe refers to the land known as Texas.

Carolina Caycedo (b. 1978) is a multidisciplinary artist known for her performances, video, artist’s books, sculptures and installations that examine environmental and social issues. She has held residencies at the DAAD in Berlin and The Huntington in San Marino; received funding from Creative Capital and Prince Claus Fund; participated in the Chicago Architecture, Sao Paulo, Venice, Berlin, and Whitney Biennials; recent solo shows include ICA Boston and MCA Chicago. She is a 2020-2022 Inaugural Borderlands Fellow at the Center for Imagination in the Borderlands, Arizona State University, and Vera List Center for Art and Politics, The New School.

David de Rozas (b. 1979) is a multidisciplinary artist and award-winning filmmaker whose practice merges experimental documentary and contemporary art forms, revisiting and relocating the politics of memory. De Rozas films have been screened in festivals and film curated series worldwide, such as Visions du Réel, Sheffield Doc/Fest, True/False, and Kassel DocFest. His recent film ‘GIVE’ was nationally broadcasted on POV, and won Best Short Documentary at FullFrame and Best Experimental at the Smithsonian African American Film Festival. He is a 2021 Artist in Residence at the Headlands Center for the Arts.