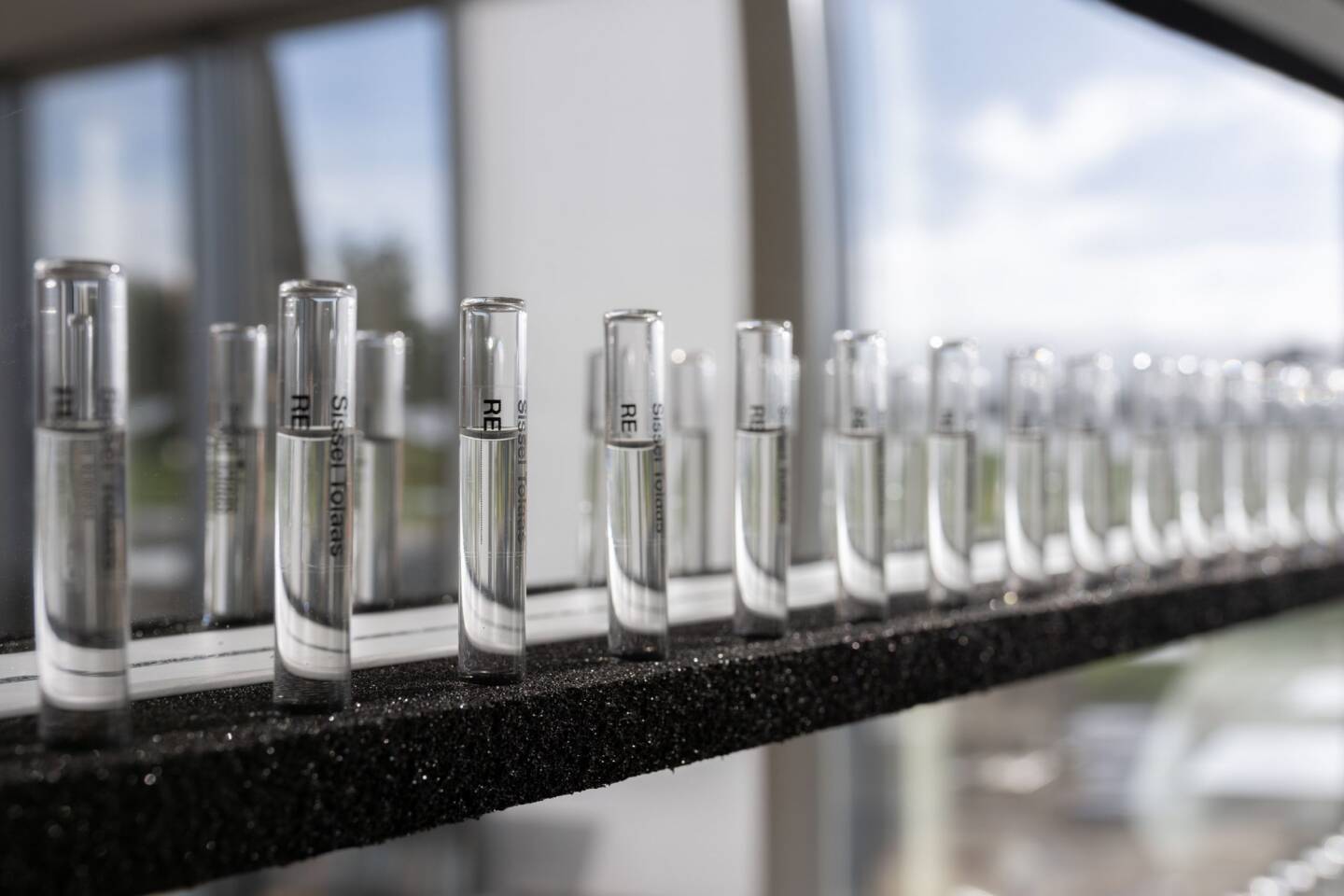 In the course of a single day, each of us breathes in and out around 24,000 times. These breaths carry crucial information we don’t consciously notice – invisible messages to the brain that immediately trigger emotions and memories. For the Norwegian artist and smell researcher Sissel Tolaas, smell is therefore an important and often overseen tool of communication.

Over several decades, Tolaas has developed a unique artistic practice that challenges the idea of the artwork as a physical object. Ever since the late 80s and early 90s, she has been deeply interested in observing chemical processes and the topic of change. Her works and projects do neither have a beginning nor an end, but are always in flux. Early in her career, these processes were generally formal, experiments and mathematical calculations that explored how different materials affect and are dependent of each other. Over the years, she has moved away from the realm of the physical and the visual towards that of the senses as tools and the immaterial as information. As early as the 1990s, she was creating works that focused on olfactory phenomena and reactions by exposing audiences to air currents and smells from various sources. At her studio and chemistry lab in Berlin, she is researching the complex topics of smell while exploring smell as a medium of artistic expression. Her investigations range from in-depth research and analysis, to the archiving and synthetic (re)production of smell molecules and structures. Tolaas has built up various archives of smellrecordings, an archive of 10,000 smell molecules, and Nasalo, a unique smell lexicon, so far containing 4,200 terms and expressions. In 2004, she founded the SMELL RE_searchLab Berlin (supported by IFF Inc.) a laboratory that has collaborated with a number of scientific institutions around the world.

With an artistic and scientific practice that addresses the sense of smell rather than sight and hearing, Tolaas activates a different type of engagement and perception in her audiences. The exhibition at the Astrup Fearnley Museet will be no exception in this regard. Covering a broad range of works from Tolaas’ long career, it will include a selection of her early installations and works on paper, together with a comprehensive presentation of her later works on smell. The exhibition will explore the full breadth of a complex yet direct and intuitive researched based artistic practice, through which the concepts of process, time and change run like a unifying thread.

Sissel Tolaas lives and works in Berlin. Her projects have been shown internationally at biennales, museums and institutions including MoMA in New York, the National Gallery of Victoria, Australia, Dia Art Foundation in New York, California College of the Arts, and Tate Modern in London.

The exhibition at the Astrup Fearnley Museet is the largest presentation of Sissel Tolaas’s art to date. In 2022 it will move on to the United States, where it will be on view at ICA Philadelphia from 12 March to 10 July.