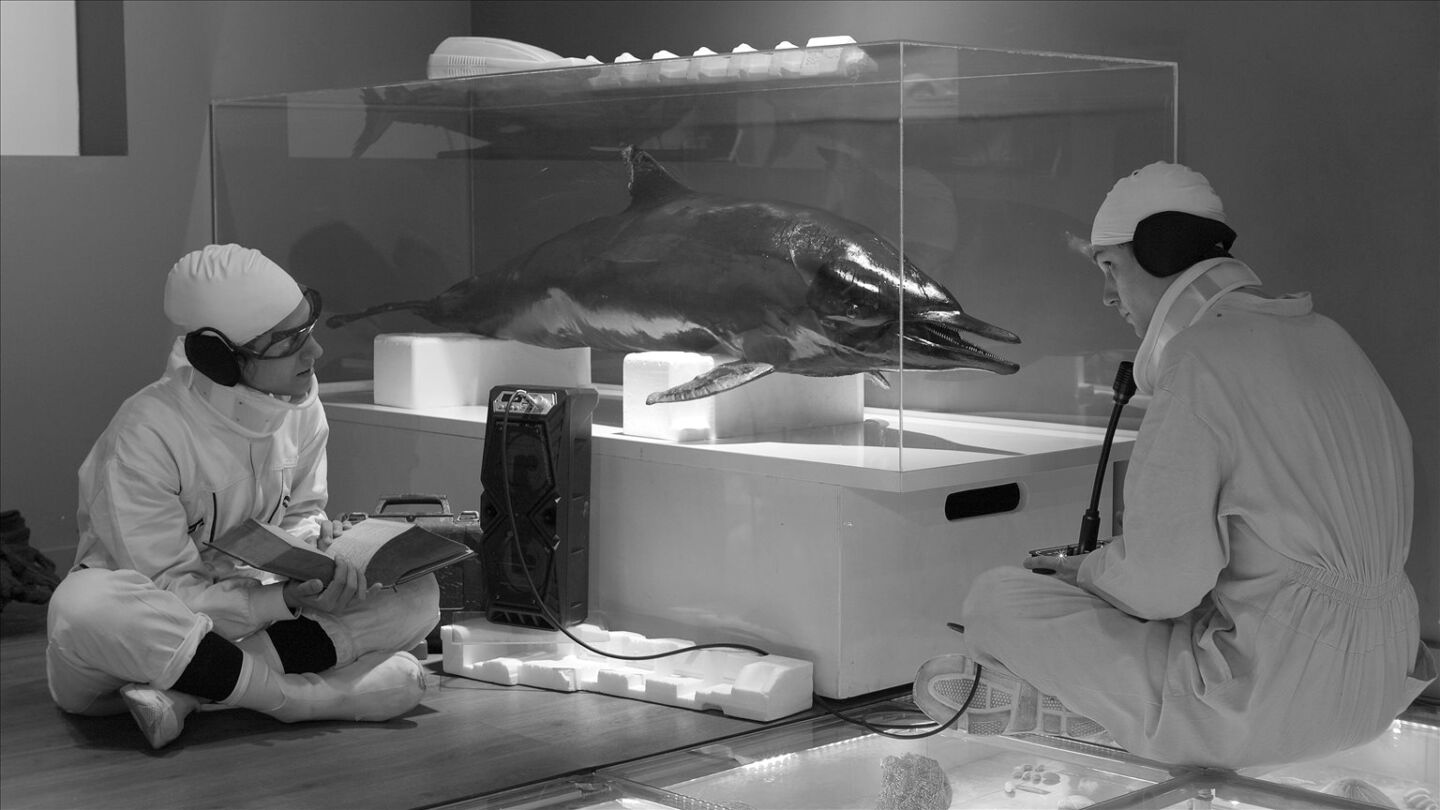 Emre Hüner’s solo exhibition [ELEKTROİZOLASYON]: Unknown Parameter Extro-Record brings together new works created around a semi-fictional script. Hüner releases the script from its function and repositions it as a mediating device among different media, such as film, novel, and architecture, proposing an open method of production, a process of scriptwriting rather than reaching a conclusive outcome.

As a concept, [Elektroizolasyon] suggests an infrastructural techno-subjectivity that manifests itself in the exhibition through repetitions and differences in material and scale, and generates fictional narratives, works of art and monstrosities while trying to bind together the artificial and the biological, the mechanical and the organic. As infinite lists sorted with an encyclopaedic impulse meet the polymorphic system of the 3D printer, an idea of craftsmanship arises in between the artist’s glazing experiments and the improvisational practices of the mechanic, the plumber and the electrician.

The sculptures, installations, photo-etchings, silkscreen prints, film and texts that we encounter in the exhibition reflect a performative production process that relies on improvisation and moves across disciplines. Forms multiplied and reproduced through the aesthetic gestures of recording, documenting, citing, moulding and duplicating across the surfaces of the objects and the textual domain, the exhibition space and the spaces of the film, propose a speculative world-building in which the object’s potential status as a work of art, a prototype, a tool, a trace or an agent are simultaneously active.

[ELEKTROİZOLASYON]: Unknown Parameter Extro-Record examines the relational space stretched between the two poles of tension that define the experience of modernity as a bipolar one:  the phenomena of conductivity and contamination, and those of encapsulation and confinement. Body parts, machinery, altered states of consciousness, industrial waste, architectural cross-sections, prosthetic implants, semiotic play and speculative terms, vehicles of construction and demolition, categories of knowledge and profession, and samples of non-human species are all deployed on the same plane of plasticity, where they keep record of each other, mimic each other and reproduce by copying one another. Throughout the exhibition, while forms referencing closed-world architectures of the factory, laboratory, film-set, and settlement call out for a sterile and science-fictional estrangement, the black and white film sequences, sound elements and sculptures carry the subterranean murmurs, familiar archetypes and residual bodies of the urban texture surrounding the museum building into the exhibition space.

As a semiotic machine, [Elektroizolasyon] constantly documents the process and context of its own making and secretes new layers and scales of reflexivity that appropriate and transform every new form and medium it touches into a new orbit around its core.