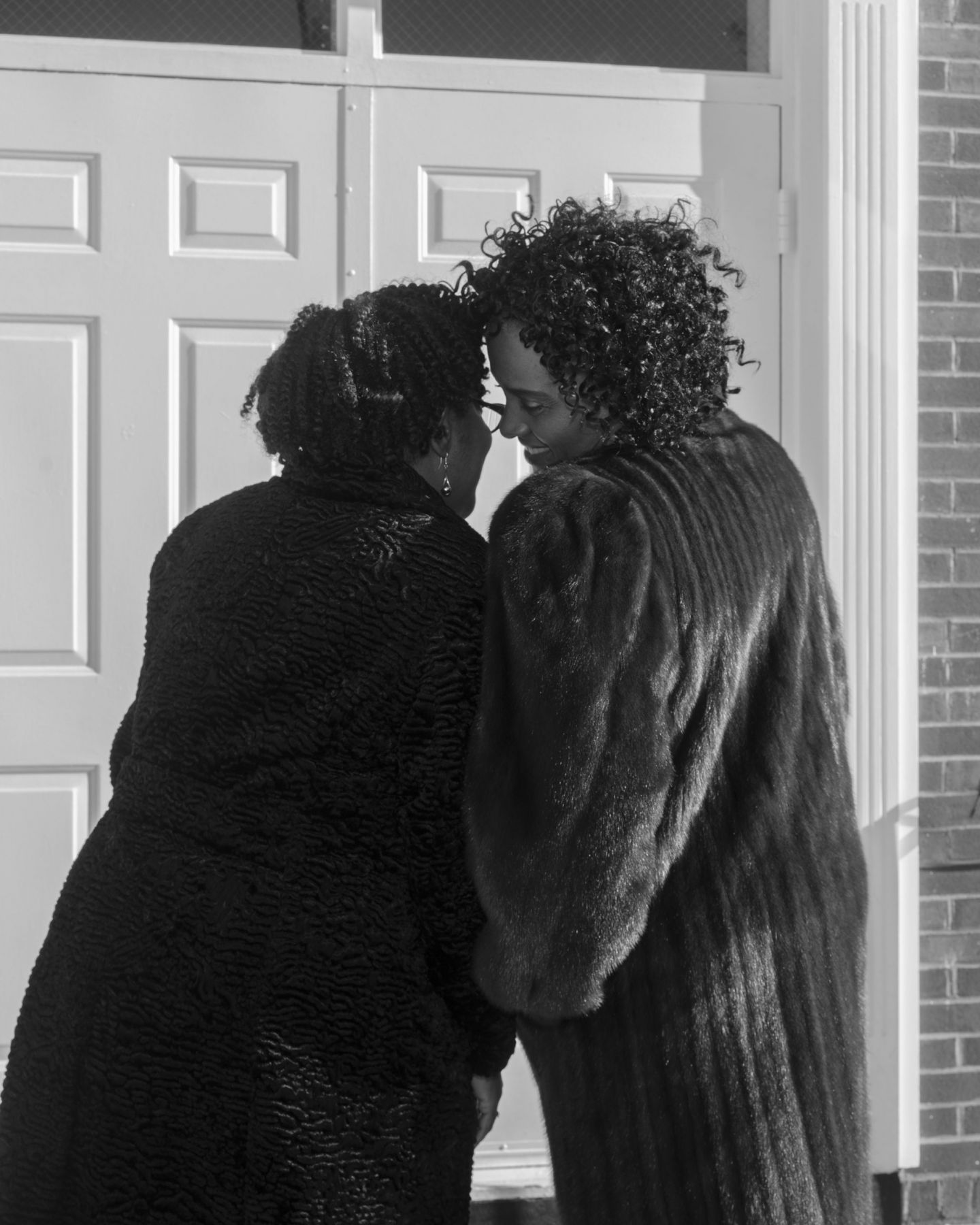 There are multiple entry points into Dannielle Bowman’s What Had Happened, a series in progress. Bowman makes excellent use of the pleasures of photographic space, described in elongated tonal-gradations of black, white, and maximum greys balanced against compositions etched sharply by California-noir shadows—Robert Adams meets Maya Deren in the Los Angeles suburbs. These elements lure the viewer to linger within the work. Aside from the surplus of visual gratification, the work simmers with the tension of a story mostly withheld. What has happened? On one level, these pictures are about the neighborhoods in and around the artist’s family home in Los Angeles. On another, Bowman’s work describes the passage of time and memories of home—or more precisely, the homes one makes on leaving old ones; about the search for better places in which to put down new roots and grow. Dig further, and the work begins to hint at even more specific histories—those of the Great Migration, which drew African Americans from the South (like Bowman’s own grandparents) into not only the North, but also the American West. The clues are not part of the standard-issue, broad brush–stroke narrative of the African American diaspora; they are found in details, such as the framed family photos on the mantle and the bump ’n’ curl hairdo worn by the woman standing on her flamingo bedecked lawn.

In Isabel Wilkerson’s history of the Great Migration, The Warmth of Other Suns, she describes the stories African Americans tell of their various journeys as “a secret told in syllables.” Similarly, Bowman has begun to map histories that remain mostly unspoken, eliciting memory via the judicious placement of alternative signifiers—signifiers mostly illegible to those outside or unfamiliar with these stories. In doing so via a rigorously composed, formal set of pictures that stand outside traditional documentary storytelling, Bowman not only begins to carefully unfurl these secrets; she also manages to bend a classic set of photographic conventions toward her own goals, enfolding her own family history within them.

Dannielle Bowman received a BFA from The Cooper Union and an MFA from the Yale School of Art, where she was awarded the 2018 Richard Benson Prize. In 2019, she was a contributor to the New York Times Magazine’s The 1619 Project. Bowman has been an artist in residence at Baxter St at the Camera Club of New York; the Center for Photography at Woodstock, New York; and PICTURE BERLIN. Bowman has exhibited in the US and internationally. She lives and works in New York.

The Camera Club of New York

Due to COVID-19 restrictions, attendance is by appointment only. To schedule, please email: baxterst@cameraclubny.org