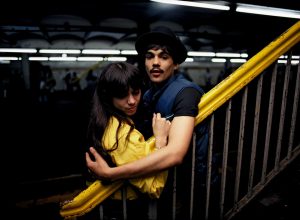 Charting over fifty years of our limited-edition print program, Aperture Photographs charts the progression of photography itself, from the founding photographers of Aperture to contemporary innovators of today.

Aperture Photographs follows the evolution of Aperture Foundation through a display of photographs from its print and fundraising programs, made over a period of fifty years. The limited-edition print program began in 1967 under Michael Hoffman, Minor White’s successor as director and publisher of Aperture. Working in collaboration with Paul Strand and Edward Steichen, Hoffman launched the program with a new edition of Strand’s Mexican Portfolio and a series of hand-pulled photogravure prints made under the supervision of the artists.

The prints program has been integral to Aperture’s mission, providing essential support to its publishing and educational initiatives. It has also given artists a platform for selling their work prior to having gallery representation, as was the case with Sally Mann’s work in the early 1990s. Today, Aperture produces and publishes approximately twenty-five limited-edition prints, portfolios, and limited-edition books each year. Featuring both established and emerging artists, these museum-quality editions make photography available to a wide collecting audience.

The works on view in Aperture Photographs chart the progression of photography itself, presenting prints from the founding photographers of Aperture—Minor White, Edward Weston, Barbara Morgan, and Dorothea Lange—to contemporary innovators in the medium, such as Tyler Mitchell, the first Black photographer hired to shoot a cover story for American Vogue. In between are some of the most significant photographers of each decade, representing seminal books in Aperture’s publication history, such as Uncommon Places by Stephen Shore and Pitch Blackness by Hank Willis Thomas. Also on view are commissioned works made on the occasion of Aperture’s sixtieth anniversary in 2012, and a series of prints made in conjunction with recent issues of Aperture magazine.