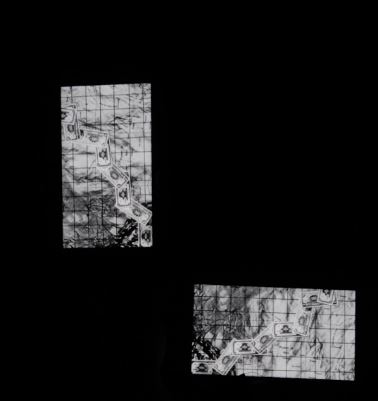 Education by Night comprises the newly commissioned video Night Geography as well as a selection of archival texts, short movies, documents, and drawings inspired by documentaries about Latin America that were made for schools in the United States between the 1950s–1980s. These films often used corporate footage to portray the region as a territory of endless resources, open to new ideas of progress and modernity. They boasted a rhetoric emphasizing the inherent cultural commonality between the North and South of the Americas. By promoting a sense of solidarity, these media supported the economic interests of the U.S., who essentially saw the region as a provider of cheap labor and raw materials as well as a valuable export market.

This capsule exhibition traces echoes of that period in the present in a non-linear manner. It lays bare how pedagogy and culture have often been instrumentalized as political and ideological tools for furthering asymmetrical relations of codependence.

This exhibition will briefly close between July 14-17 to make space for the Brooklyn Art Book Fair.

Clara Ianni was born in São Paulo in 1987. Her practice explores the gaps and contradictions between perception of time, historic narration, and the materialization of historical processes on the fringes of capitalism. ​​​​​​​​