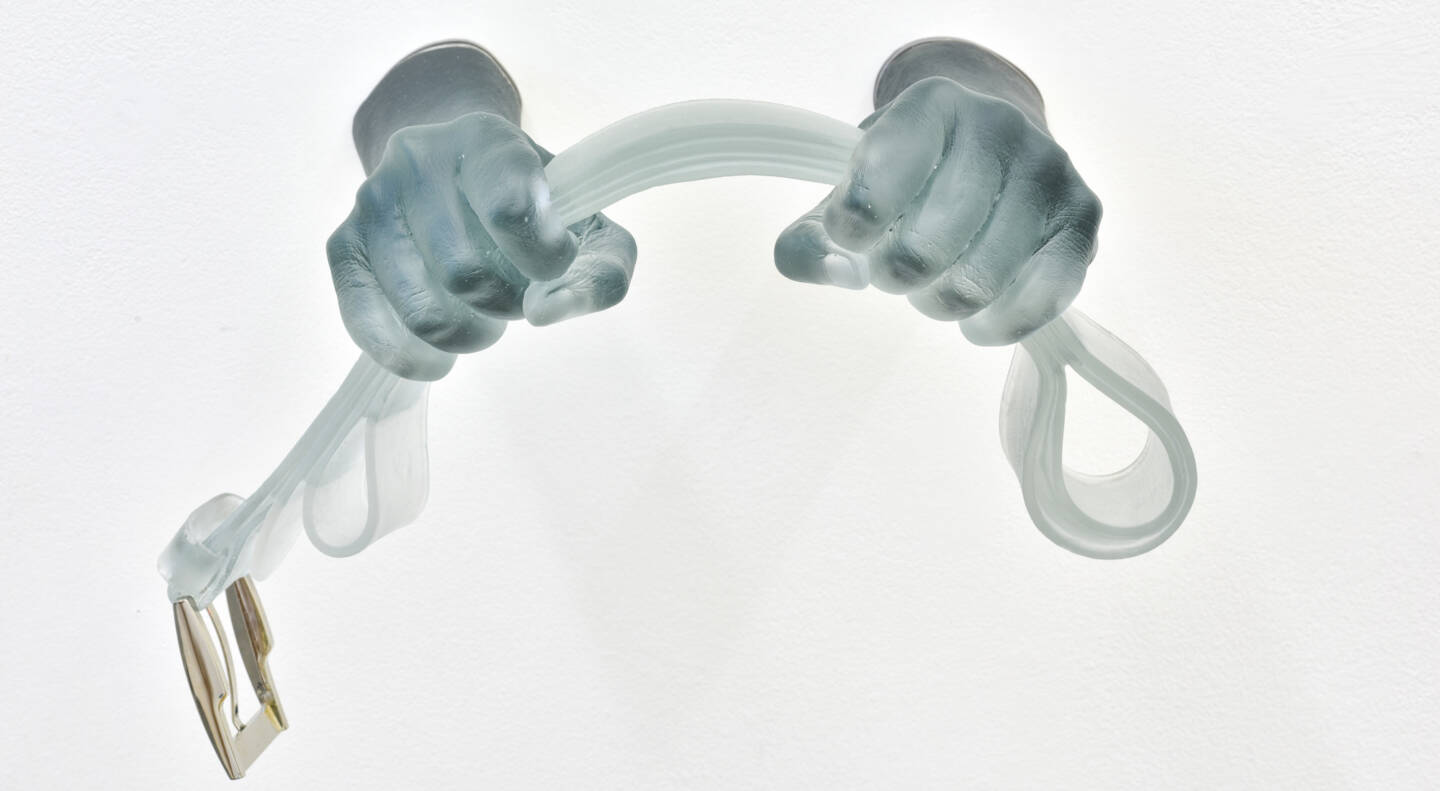 EXHIBITION EXTENDED UNTIL 23 JANUARY 2023
The Alexander Tutsek-Stiftung is celebrating the twentieth anniversary of its founding by opening a second art space. We invite visitors to join the celebrations with our exhibition held at the new BlackBox in the Parkstadt Schwabing and at our original location, the Villa in the heart of Schwabing. Showcasing internationally renowned artists as well as surprising young talents, the simultaneous display of WIDE OPEN. INS OFFENE at two venues presents hundred works by more than thirty artists of diverse cultural backgrounds, from South Africa, Iran, China, Cuba, the USA, and Europe. In keeping with the curatorial concept of the foundation’s collection, the works on show are sculptures made of glass and contemporary photographs, all of which – with a few exceptions – have been acquired for this exhibition.

WIDE OPEN. INS OFFENE: What’s behind the title? The open is conceived as a space for fresh impulses and energies, a space without limits, without constraints. The artists’ works – their images and stories, inventions and experiments, imaginings and visions – invite us to push beyond the confines of thought and feeling and to enter this open space. The works give us a glimpse of the bigger picture, the view beyond the fence, inviting us to open up to our own inner selves and to the Other and to think the impossible. The selected works are a direct response to the emotional, political, social, and ecological state of today’s world and encourage us to ponder the conditions needed for a more humane coexistence.

The array of works and the different artistic practices they represent have one thing in common: an engagement with the fundamental questions of our time.

The exhibition is divided into four “lenses” that focus on select themes and cast them into sharp relief, representing a doorway to the open: I The Elementary, II Spheres of Humanity, III Emotion and Sexuality, IV Spiritual Dimensions.

This “lens” looks at natural resources. The open can foster a new, more ethical way of treating nature, animals, forests, and the oceans. It provides a space to commune with nature, to understand its cues and to protect and preserve it. Included in this “lens” are the images of unspoiled nature by Jiang Pengyi (b. 1977, China), the evocation of rain by Robin Rhode (b. 1976, South Africa), the dystopian sites by Julian Charrière (b. 1987, Switzerland), and the commentary on climate change in the form of glass art by Laure Prouvost (b. 1978, France).

The open stakes out models of humanity, spaces where serenity, community, hospitality, and mutual empathy thrive. The open is a sanctuary for visions of social coexistence that defy the “logic of enclosure”. In a display of fragility and strength, the large glass table by Carlos Garaicoa (b. 1967, Cuba) acts as an invitation to talk, to peaceful interchange. Reflected in the photographs of Jitka Hanzlová (b. 1958, Czech Republic) are the inhospitality and dreariness of the built environment, where not only nature but also social relations wither away. Meanwhile, the overpainted Tibetan faces of Gao Bo (b. 1964, China) reveal the disregard for freedom of speech and thought in China; and the video stills of Cao Fei (b. 1978, China) present the “inimitable humanity” of the father-son relationship.

The open is a space in which ways of life, gender roles, and person-to-person relationships are thrown up for discussion. Traditional power dynamics between the sexes are being overthrown, while some works playfully reverse prescribed male and female gender roles. Frida Orupabo (b. 1986, Norway) turns the spotlight on racist modes of thinking and post-colonial habits of perception and deconstructs them. Resistance and alternatives to the conventions and norms that govern our way of life and our beauty ideals come to the fore in the portraits of young women by Luo Yang (b. 1984, China) and Liao Pixy (b. 1979, China). The sculptures of Monica Bonvicini (b. 1965, Italy) urge us to rethink gender roles and subtle mechanisms of power as expressed in lust and violence, desire and submission.

The open invites us to transcend the boundaries of reason. Beyond lie the places where experience resists rational understanding. Made of glass and gleaming polished steel, the sculpture by Shirazeh Houshiary (b. 1955, Iran) appears to have a dynamism of its own and, by “taking wing”, lift off the floor. The large gold-coloured wall piece by the American artist Ursula von Rydingsvard (b. 1942, Germany) serves as a metaphor of flowing light. The works of Kiki Smith (b. 1954, Germany) and Jiang Zhi (b. 1971, China) both evoke the cycle of decay, death, and new life, while the sculptural piece by Alicja Kwade (b. 1979, Poland) also explores the order of things, the causalities of the infinite space of the universe.

All in all, WIDE OPEN. INS OFFENE invites the public to give free reign to their powers of association and explore the gamut of ideas encapsulated in the works on show. The exhibition takes visitors on an expedition into vast untouched landscapes as well as the barren wastelands of civilization, and out into the universe and worlds beyond our own. The display takes visitors to places of intellectual and spiritual freedom, cultural diversity, community, and hospitality. It stresses the importance of human relations, the significance of language, of belonging, and humankind’s balanced existence within nature. The existential themes conveyed through the featured exhibits appear particularly pressing against the backdrop of the current realities of our time.