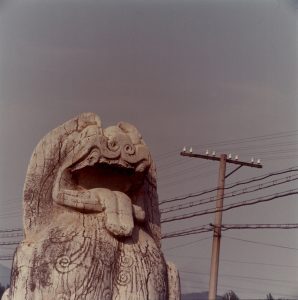 An exhibition of recently acquired artworks by the foundation for its collection, including photographs from China by Robert Rauschenberg from the 1980s and Contemporary Works in Glass by Mona Hatoum, Hassan Khan, Jana Sterbak, and Terry Winters.

Gestures are movements of the body that serve as nonverbal communication, small acts of mutual understanding and action. In the early 1980s, the American artist Robert Rauschenberg was one of the first Western artists to travel to China, hoping to send that kind of sign, a gesture of interest in a distant and foreign culture. Of the hundreds of color photographs he brought back from that trip, he selected twenty-eight motifs and published them under the title Study for Chinese Summerhall (1983). These photographs can be read as recordings of gestures from daily life, both modern and traditional, in a transforming Chinese society.

The exhibition presents Rauschenberg’s photo series alongside four glass installations by renowned international artists. They incorporate everyday functional objects, such as a knot or a circle, into their works and transform these primary gestures into an artistic object. This lends them a special presence and significance. For the artist and for the viewer, the point is, as Hassan Khan expresses it, to read, decipher, and understand these primary gestures.